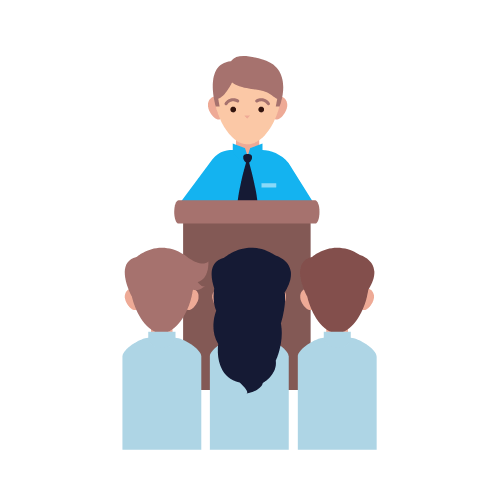 Politics seeks to examine the implication of political ideas, events, actions of political organizations and how they govern affect our daily lives in terms of education, jobs, housing, healthcare and more. The focus point is the role and operation of power in relations between countries and  people within countries.

Public Policy
Public Policy focuses on ways that a government achieves its political objectives through the implementation of interventions, programs or laws that satisfy the needs of its citizens.
Political Communication
Political Communication exposes students the process of communicating political information among politicians, the news and the general society.
Comparative Politics
Comparative Politics focuses on the comparison (Similarities and Differences) of political systems and the application of theoretical knowledge to practical case studies in around the world.
Public Law
Public Law exposes student to government structures and how they interact with society. It focuses on democracy, constitutional law, administrative law and criminal law
International politics
International Politics exposes students to  politics at global level, while focusing on  diplomatic, trade and other relationships between nations, and the role of official organizations such as the United Nations and the African  Union.
Development Politics
Developmental Politics focuses on the role of politics in social development and issues around human rights, gender equality, and postcolonialism.
Peace and conflict studies
Peace and conflict studies focuses on  politics involving national and international conflicts and ways to avoid or resolve conflict.
Political Philosophy
Political philosophy is a study of how to find the best way to organize society, what our collective goals should be, and determining the rules which should be followed to ensure these goals are met.